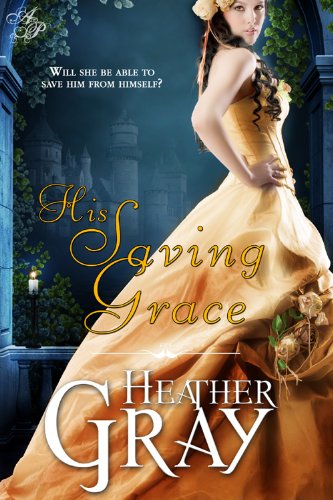 about this book: His Saving Grace is my first regency novel. I'll be honest and tell you that it got mixed reviews - but I learned quite a bit from those reviews and from the process of writing it. My second regency novel (Jackal) is due out May 2014 and incorporates many of the reader suggestions from His Saving Grace.

In His Saving Grace, you meet Thomas and Grace. It's an inspirational novel with a light Christian theme to it. People's faith was not something often openly spoken about during the regency era, and I tried to honor that within the confines of the book. Most of the references are light with one more obvious scene involving the vicar.

As you may have guessed, Thomas is named as he is because he's the Doubter, and Grace is names as she is because she finds a way to extend grace to Thomas even when he doesn't deserve it.

I hope you enjoy this story and that you come back for the second book in the installation.