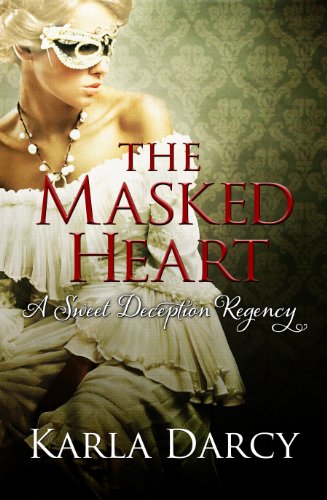 about this book: The Masked Heart is a comedy of manners that takes place in England during the Regency period. For people who love to learn history the easy way, they will love how the details of the period are interwoven into the story. The one and only I was in England, I went to the theater and I fell in love. I was in an old theater and could only imagine all the plays that had been produced on the stage. I did a lot of research and eventually came up with a romantic storyline that I could use to incorporate some of what I'd read.

I imagined a young woman of good family who was trying to save her family home and provide for her brother and sister but had run out of options. She decided that if she could become an actress she might be able to finance the recovery of the estate. The only problem was that if anyone discovered her identity she and her family would be ruined in the social world she was raised in. She hadn't counted on the fact that she would fall for a nobleman who was intent on making the actress his mistress. Blaine ends up posing as the chaperone to her brother and sister and once again the nobleman finds her company amusing. There's danger everywhere but hopefully Blaine can elude detection.