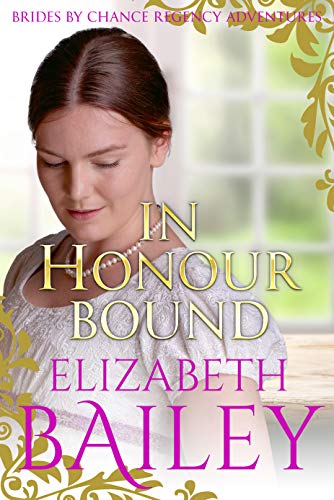 about this book: This book was by way of a recovery for me. I had been out of it for a while after a major operation. I was asked to take part in an anthology and this book was the result. I wrote it very fast and it proved a turning point for me. I used it as the opener for my Brides by Chance Regency Adventures series, now published by Sapere Books.

Isolde, the heroine, is a misfit in every way. She has grown up among soldiers, looked after by her father and, latterly, his mistress. But now Papa is dead and on his instruction, Isolde has journeyed to England to seek refuge with the man designated her guardian.

But that man is dead and his son, Richard, knows nothing about Isolde. Further, he has a horrible sister who takes against the orphan. His mother is sympathetic, but she is a dying woman. Where can Isolde turn for help?

The worst of it is, she has grown up more boy than girl and does not know the rules of ladylike behaviour. But she can wield both pistol and sword instead!

Can Richard's care save Isolde from the machinations of those who stand against her?