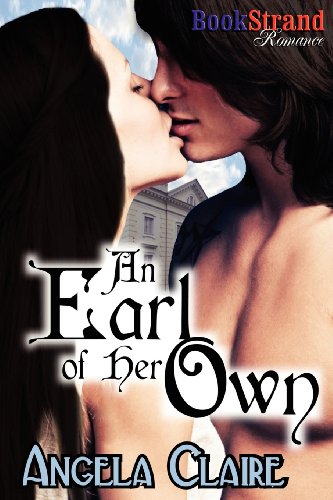 Book: An Earl of Her Own (BookStrand Publishing Romance) by Angela Claire

about this book: This book has a hilarious nineteenth-century heroine, Millicent. It also has an interesting story behind it. This was the first book I ever wrote and I wrote it in installments at the behest of my sister Colleen. She wanted a ball. So I wrote a ball. She wanted a dog in it. So there was a dog. I sent her chapters as I wrote them and she was wonderfully uncritical. (Two years and fourteen books later, as I edited this, my first one, I realized how uncritical she was as I wrote and rewrote at the behest of my editor this time!) Eventually Colleen wanted an ending and she wanted other people to read it. This book was not the one where I learned that I could get published. It was the one where I learned I could write.