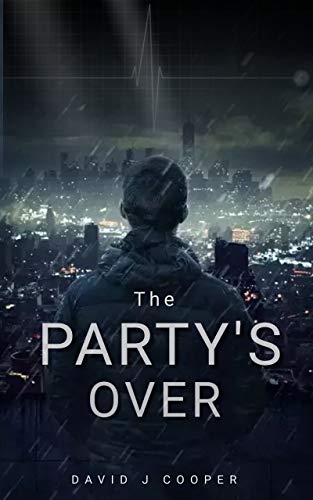 Book Review: The Party's Over by David J Cooper

about this book: This book is a true story about AIDS/HIV. It tells of first hand experience by the author, who moved to Mexico to start a new life. He became closely involved with two friends who were all HIV positive.

The story centers on one of his friends,Cisco, a male stripper, who discovers he has become infected with HIV, but refuses to accept it, claiming that the doctors are mistaken.

He retracts into a world of drugs and male prostitution and refuses to take his medication.

Another of the author's friends, who is also infected with HIV, tries to encourage Cisco into taking his medication, encouraging him that HIV is not a death sentence anymore, but Cisco won't listen.

The author's health suffers as a result of worrying about Cisco and ends up himself in hospital from a mild heart attack.

A decision has to be made, so Cisco's family are informed of what is happening.

What follows is tragic and unbelievable.

This story is aimed at people with HIV/AIDS making them aware that this disease is controllable.

• "It gives you an insight on how HIV+ people may think & there is always at least one person who truly cares for you no matter how bad they get done. I loved the story as it had many awesome points for people to use in this world today."

• "I thought this was a real heartfelt story of friendship and lost! About how we are the only ones who control our own Destiny!"

Other books by David J Cooper

A must read for people suffering from AIDS/HIV. It shows that there are still people who go through hell when they are involved with someone with AIDS even though they don't have the disease themselves. This story was very sad and shocking for David who did all he could to help save his friend's life.