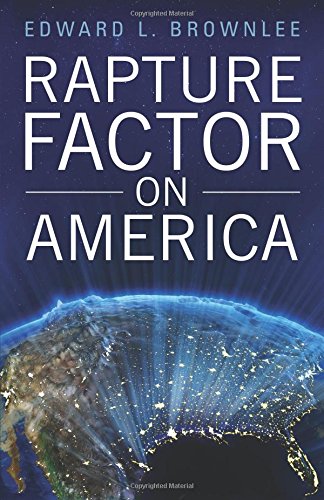 about this book: Rapture Factor On America is about the Giant called the United States in becoming a nation by the hand of God. There were certain factors which helped the United States to become the nation God intended for a divine purpose. One of those factors was the Judeo-Christian view our founding fathers took in designing our documents in setting up this country. Another factor was all the religious groups that came to this new land and the many preachers who helped shape this nation in the three great awakenings of the 1730s and 1740s and 1790s into the 1840s and the great awakening of 1857.

Rapture Factor On America takes a look how this Giant the United States has been blessed because of certain factors and how we as a nation have been a blessing to many nations. It also takes a look at the factors that are causing its down fall and its pending collapse. The Rapture of the church will have a great effect not only upon the world but the United States. Learn how the Giant survives as a nation and be allowed to enter the millennial reign of Christ Jesus upon the earth.