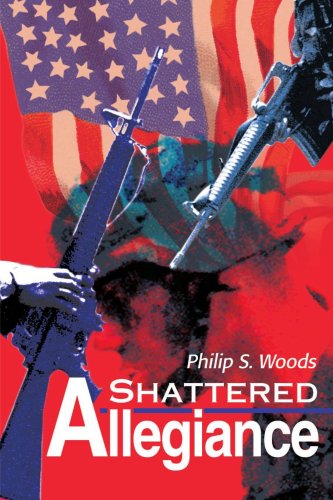 about this book: Conspirators who view the United States' entitlement class as a bottomless drain upon the economy decide to take unilateral and decisive action. These determined collaborators carefully plan and put into motion a campaign to eliminate the black population within the Continental U.S. The group orchestrates and unleashes a campaign of terror in the nation's inner cities. The death toll from these despicable attacks are staggering. The group's plans go awry when subsequent events escalate rapidly out of their control. They find themselves completely powerless to intervene as the nation is plunged into a vicious and bloody race war. The government proves totally incapable of assuaging the violence. Society within the U.S. disintegrates as the country's infrastructure is destroyed in the raging chaos. As the U.S. is weakened, an old enemy, the Soviet Union, reemerges and the world power balance shifts dramatically.

In writing this work of fiction, I hoped to give the reader a glimpse of what might occur should race relations in the United States deteriorate to the point of armed conflict. The potential chaos and destruction that might accompany a racial conflict is of such a scale that each of us should endeavor to ensure that similar confrontation never materializes. There can be no winner in such a scenario.

Readers are calling Shattered Allegiance a page turning roller coaster ride that is both scary and disturbing.