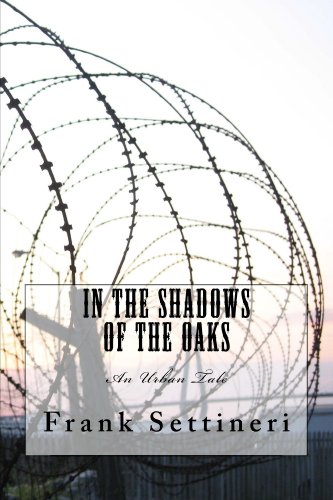 Book: In the Shadows of the Oaks by Frank Settineri

about this book: In his speech to the joint session of Congress, President Trump emphasized the key role that education plays to the survival and success of the United States. My first novel, "In the Shadows of the Oaks", shows why the education system is broken and what can be done to fix it. It depicts how the schools and inner cities have been destroyed by chaos, violence, incessant corruption and rampant gangs. It also shows how individuals, despite their race, can overcome these obstacles and improve the quality of education, and life, in the ghettos.

This novel is the struggle of Sean Allen, a white teacher in an inner-city school, who is torn between two beautiful black women, Brenda and Landi, a colleague and mother of a student he tutors, respectively. Inevitably their lives become entangled in the past and present, dominated by romance, love, hostility, friendship and betrayal. While their relationships spin out of control the community also speeds out of control - a vicious mayoral election, the murder of an innocent youth, an accidental death of a gang leader, a public outcry regarding Sean's relationship with Landi and Brenda, and a precipitous battle between warring street gangs, culminating in a tumultuous ending.

Inspired by teaching in an inner-city school, I wrote the book in four months and spent the next two and a half years editing it; I rewrote it after sending it to an editor who told me it was a good story but needed more character work. Thus, the characters are "characters", from Sean, Brenda and Landi to Jake (a gang leader and Landi's former common law spouse) to Salvador (a rival gang leader) to Ms. Fredericks (the school principal), to Mr. Brown (the officious, corrupt and intimidating school superintendent).

I never wrote a book before but as I was writing it, the words flew out of my fingers, as if they (the words and my fingers) had minds of their own. The novel is politically incorrect, to a degree, but its message is that we all share the same desires and needs, and no matter what race or background from which we originate. I hope it is inspirational and helps to heal the racial divide that has plagued our country for hundreds of years.