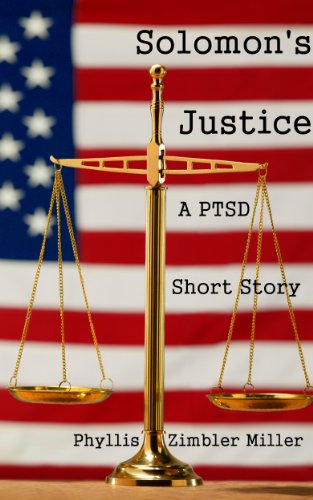 about this book: The impetus for writing this short story has been the online activities I have done in the last five years to help spread the information about PTSD and seeking help for PTSD symptoms.

After I self-published my novel MRS. LIEUTENANT in April of 2008, I was asked to be the co-host in November 2008 of the BlogTalkRadio show "Your Military Life." During the year the show was on air, the show featured several veterans talking about PTSD.

Later I was asked to be a member of the Department of Defense's Bloggers Roundtable, and PTSD was an important topic there too.

I believe that fiction can often achieve what nonfiction cannot. And after visiting the Los Angeles County Veterans Court -- one of the few such courts in the U.S., I wanted to write about how this judicial system is dealing with veterans suffering from PTSD.

I first wrote a TV one-hour drama script -- and then turned that script into this story story.

I hope that readers of the short story will share the story with others who may be helped by learning about PTSD.