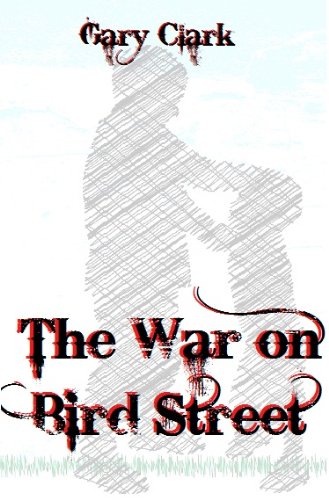 Book: The War on Bird Street - The Bully by Gary Clark

about this book: The War on Bird Street is a novel about two very different young men who are suffering from PTSD. The protagonist, Chuck, is the easy bullying target in his school because he's overweight, comes from a father absent family, and lives in a poor neighborhood. Brody is an Army Ranger, just returned from Iraq where he was a hero in every sense but suffers from severe effects of PTSD. When Brody moves into an abandoned house next door to Chuck, the two eventually forge an unlikely friendship and help each other stand up and take back their lives.

I was inspired to write this novel while watching the movie, THE WAR, with Kevin Kostner. I watched the movie over and over and, though THE WAR in the title is Viet Nam, I was amazed at the number of wars that occurred during this story. There are wars going on around us every day and most of them go unnoticed. It was my intent in writing this novel to point out just how many wars each of the characters fight. The more noticeable wars; the bullying, the deterioration of the once magnificent Victorian homes on Bird Street, and the mental wars our veterans fight after they have left the battlefield, are almost characters in The War on Bird Street.

In San Angelo, Texas, where I grew up, my best friend in high school lived on Bird Street. The house he lived in is the house that my protagonist, Chuck, lives in, and the white cottage where Brody lives is still next door. I remember how dark and sad the street was back then and how the homes were all in disrepair back that many years ago. Most of them have been bulldozed and replaced with newer homes, but I still have the same memories of all the wars on Bird Street.

The characters and events in my novel are all fictional, but my memories of the wars on Bird Street are true.