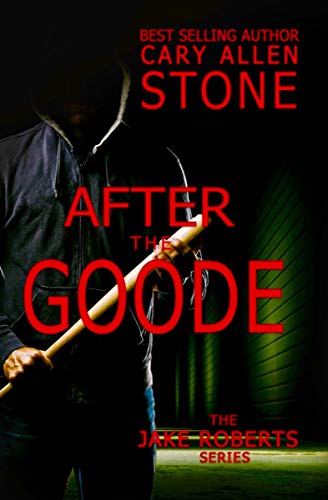 Book: After the Goode - A Jake Roberts Novel by Cary Allen Stone

about this book: I may be going through withdrawals... such a great series! "After the Goode" sets a different pace than the previous two Jake Roberts books. Whether you choose to read it as a stand alone or read the entire series it is worthy of five plus stars. Detective Jake Roberts is now a bit older and forcibly retired from the department. He leaves Atlanta and moves to LA with his girlfriend where he pens crime novels. I already felt as if I knew Jake from the first two books but "After the Goode" gives a much more intimate portrayal and understanding of the man. When a comedian, Bobby Goode, is involved in a murder in Phoenix where Jake is vacationing it catches Jake's interest. Jake once again puts on his detective hat to uncover the truth. This could easily be a real life crime drama. The terminology and investigative process is so realistic. I was given a much broader view of Jake in this book and have developed a fictional attachment. I was angry when Jake was forced to leave the department, happy to see he had found love with his new lady Caitland, but most of all, ecstatic when he signed on to assist in the murder investigation. Yeah, I became emotionally invested in Jake Roberts.

• "As with all of Cary Allen Stone's books, this one is full of the suspense and mystery you come to expect. I love unraveling the pieces along with Jake. I was a bit tore up to reach the end of this book because I couldn't immediately start another in the series. I can't wait to see what Cary Stone crafts next. Truly a talented author with a gift for grabbing and holding my attention through every plot twist and turn." — G Jackson