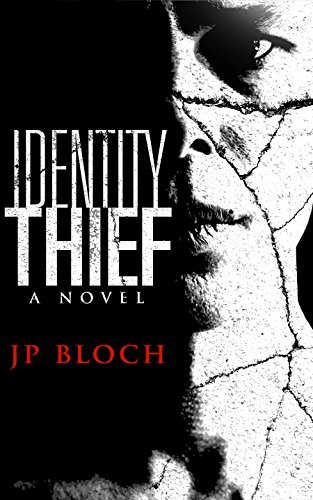 about this book: The book is a page-tuner about an identity thief and the victim whose bank records get hacked, and one thing leads to another—such as murder and blackmail and illicit affairs. It is also about identity itself, and how vulnerable it is to interference from others. We change to adapt to whatever life is dishing out at the moment. It has a noir flavor that pays tribute to authors such as Chandler and Cain.

• Write about the benefits your book offers to its readers!
It's an addictive read. People have a hard time putting it down. Especially the surprise ending may make them think a little, in addition to being entertained by a good read.

• What inspired you to write this book?
I love film noir, and I was interested in how people try to change themselves into other people. The thief and victim take turns telling the story, which was fun and also a challenge. I had to keep the voices different enough to be convincing as two different people, yet also similar enough that the reader wouldn't feel it was two different novels. I also personally experienced identity theft.

• Who are the primary readers of your book?
Anyone 18-80. People who enjoy a page-turning yarn that also makes them think a little. It does contain strong language, adult situations, and a little bit of violence.

• How long did it take to write it?
About a year. I also teach college, so I write in my so-called spare time.

• How did you come up with the title?
The original title was a/k/a, but I was told it wasn't catchy enough. I tried out other ideas, and then decided that Identity Thief was the most direct choice and gave readers an idea of what to expect. Plus it serves as a metaphor. We all have many identity thieves in our lives.

• Why did you choose this cover?
I am in love with the cover. I chose it over another option. I think the cover perfectly captures the idea of a shattered self.

• What was the hardest part of writing your book?
At a basic level, simply finding the time was a challenge. As the story builds, there were a lot of loose ends to keep track of. Even now when a I reread it, I wonder: Did I follow through with this or that clue? To my relief, the answer is always yes.

• Did you do research for your book?
I did have to read up on how computer identity theft can occur, though since I had my own identity stolen it served two purposes to learn more about it.

• Did you learn anything from writing your book and what was it?
Practically speaking, I learned that good editors should be trusted, and to always be open to suggestions. As a person, I learned more about how flawed we all are, and to be less hard on myself.

• What do you want to say to your readers?
There's a tagline from the novel that sums it up: "The biggest mistake you can make is thinking you know who you are." Life makes us do all sorts of things we did not plan on doing, so always be open to new experiences. Don't get complacent. Just when you think your life is settled, you may get the rug pulled out from under you. Also, buy the book and tell your friends about it!