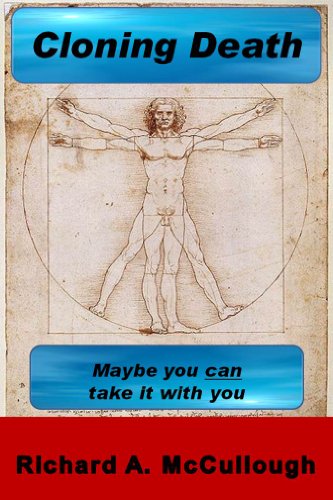 about this book: Cloning Death presents us with the ultimate goal: be rich and powerful and live forever and then shows us with a very vivid tale why that is really not the most desirable goal. While its true that we individually might be able to achieve such a goal and remain benign, what about those who become twisted and retain no regard for others in their pursuit of the same goal? And worse still, what if such a person were to actually accomplish the feat, the rest of the world would be doomed to infinite slavery.

Richard McCullough paints such vivid images, you feel the dreariness of the constant gray rain, you smell the smoke and sense the fear. In his characteristic style he seems to transmit the pictures directly to the reader's world such that you wake up in the morning vividly recalling where you spent the previous night – in his universe, beyond the "Twilight Zone".

What is the ultimate effect of such evil on our world? The author keeps us on the edge of our seat, turning the pages rapidly until……well it would really be unfair to say more except – you won't see it coming.