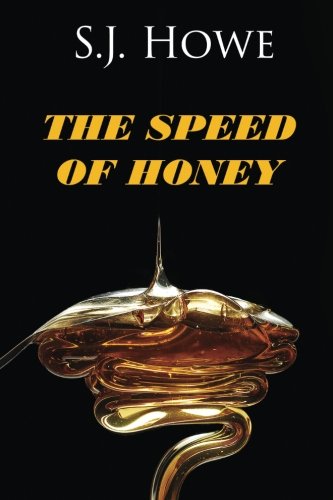 Book: The speed of honey by S. J. Howe

about this book: The speed of honey is about the life of Dan Hargreeves. Traumatised as a child, the forgotten experience resurfaces when he turns sixteen in the form of violent and disturbing hallucinations.

This pushes him to suicide but his attempt was unsuccessful. Finding himself in a psychiatric ward he's helped to live with his problems.

Twelve years later he's an accountant living with a beautiful partner. His idyllic life is turned upside down with the arrival of identical twin Thai daughters. They are the product of a brief fling with a Thai prostitute. His partner detests them and his relationship breaks down.

His whole world falls apart when he is charged with a child's murder, committed when he was five. He has no recollection of it but he knows he has something to do with it because his hallucinations are similar to the boy's injuries.

This book is strictly for adults only due to some of it's explicit material. Readers discretion advised. Thank you.