about this book: The year is 1985. It's been 12 years since Eleanor escaped London discarding the fragments of her tormented past; but from within the rural idyll of an English village, a new story is about to unravel.

Eleanor finds herself unwittingly caught up in the struggle of two families. Her friend and ally, James Barton-Wells is desperate to save his beautiful country house from ruin. Yet, the fate of Westbourne House has attracted the attention of a mysterious property developer from London, who's seemingly altruistic gesture to bankroll the restoration, masks a sinister game plan.

Filled with suspicion, Eleanor seeks the opinion of her friend, Charlie Bailey. It transpires, the Hamptons are an evil family who will stop at nothing in pursuit of greater power and wealth. Perry Hampton is the man who undoubtedly destroyed a local building company - and who's ruthless scheming left Charlie's family destitute.

Desperate to save James from a risky partnership, Eleanor passes on these warnings; but Perry is a dangerous man to cross and about to plot his revenge. Thus, a new era of evil is unleashed. James's daughter, Avalon, falls victim to a terrifying stalking campaign; while Eleanor's son, Elijah, is being victimised by the authorities. There is even an attempt to steal the secret file where Jake's secrets lie buried, leading Eleanor to wonder if she is once again, under the scrutiny of deadly enemies from her past.

Forced to face up to the terrible events which happened in 1972, the battle lines are about to be drawn a second time in this tense psychological thriller.

Visions is the 2nd Book in my series 'Same Face Different Place' and was certainly a challenge to write! My research took me around different parts of Britain to explore the towns and villages as well as the rich architectural detail of many historic houses. The book is also set in the era of the 80's under Thatcher's Britain - a time when I was growing up and was affected by a number of political issues. This book examines the lives of people from all walks of society - from the English aristocracy and the nouveau riche, to the lives of ordinary working people who struggle to make a living. My book also aims to delve deep into the human mind and is told through the turbulent emotions of its many characters. 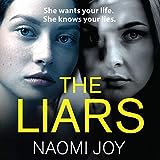