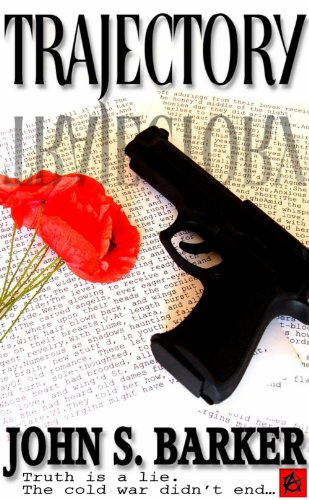 about this book: There is a dark world around us, controlled by a few select men and women. Once in a while, someone speaks up, and the truth is illuminated. TRAJECTORY (Anarchy Books, 2012) recounts, through disturbing and at times shocking interviews, the covert activities of the Department of Foreign Influence Studies. Jake Grant, one of DFIS's assassins, reveals as much about himself and his partner, Stewart Hunt, as he does about the activities of the Department in the 1970s. After a tour in Vietnam, Jake was hand-picked by Graham Ferris, the director of the Department's assassination teams. But Jake's past, mired in tragedy and hardship, makes it difficult to know whether Jake is a soldier, or a psychopath. Stewart Hunt and Jake Grant reveal the Department's plan, code named Blue Monday, to bring about the collapse of the Soviet Union. Eerie, disturbing, and unsettling, TRAJECTORY forces you to ask tough questions about right and wrong, truth and duty. We are all on a trajectory, toward our own irrevocable destination. TRAJECTORY makes us ask how we got here.