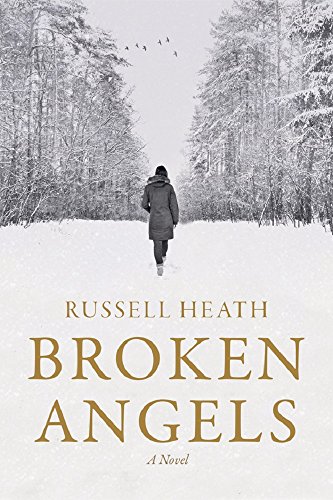 about this book: Broken Angels is drawn from a Greek tragedy—so you know it's not going to turn out well. You know, too, that the tragic ending we hurtle towards, is driven not by the evil that is alive in this world, not by the cold indifference of the gods, but by the hero's own tragic flaw. It is inevitable.

Kris Gabriel, an Alaska Native, grew up on the ice-scabbed streets of Fairbanks until she was old enough to run away. Nine years later, she is pulled back to Alaska by a need she can't name. Driven to find her mother's killer, she out-plays all who stand in her way. Except, of course, herself.

Cast aside by a world not made for her, Evie Gabriel, Kris's mother, makes her own troubled way through life. When she learns her daughter is still alive, she calls her back to Alaska never guessing that this one act of love would cause a hand to reach out of the darkness and kill her.

Alaska is unrelenting. Inhumanly cold and dark, it requires that you abide by its rules. If you don't—you don't survive. Ben Stewart lived a lifetime in the Alaska bush and knows these rules with every fiber of his being. Then, one spring evening, a human touch pulls him out of the wild and into the arms of Evie Gabriel. An innocent, he doesn't understand that the rules of human warmth and connection are different than the rules of the wild and, haplessly, he destroys the love he is reaching for.

Barrett is a cop who makes his own rules, plays them hard and always wins. He plays Kris for a murderer and easy sexual prey. He chases her into the Arctic never doubting she would submit. Guess who screws who.

Read Broken Angels if you want a smart, taut, psychological thriller that will keep you turning pages until the very last one. The ending--you won't see it coming...