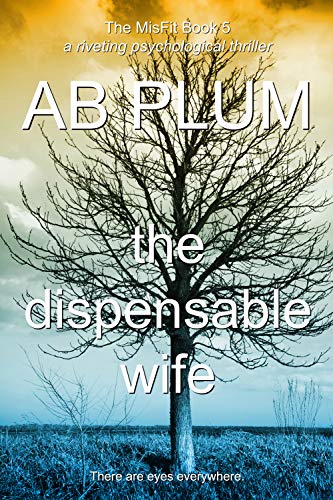 about this book: Powerful men--whether in the film and entertainment industry, academia, business, high tech, or politics--often ignore personal boundaries with subordinates. #MeToo has lasered in on this behavior outside of marriage. But what about inside trophy marriages?

• What if an iconic Silicon Valley CEO insisted his wife and children behave as if being watched by the media all the time? "Eyes are everywhere."
• What if he made clear to his wife that in a divorce, he'd take the kids and cut off paying for her ailing father's medical care?
• What if he swore she'd end up penniless in a divorce?
• What if he found his wife "flirting" with another man in public?

These are a few of the questions I asked when thinking about writing The Dispensable Wife. The last one is the catalyst for the beginning of the book. (Well, maybe not. The beginning is in the backstory of AnnaSophia Romanov's legendary husband). But the book opens with Michael Romanov spying on her through binoculars on the main street three miles from Google HQ.

And once Michael realizes a witness saw his wife with the other man, the pace begins to speed up. How far will he go to protect his reputation? What kind of punishment does he plan to inflict on his wayward wife? How much fear can he instill in her?

The Dispensable Wife explores the marriage of a vulnerable woman to a psychopath. As his disintegration escalates, she must find a way to protect herself and her family before he finds out infidelity is only one card she's willing to play.