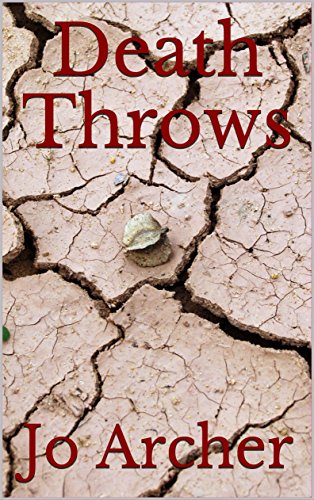 about this book: Death Throws will appeal to readers who like stories that don't fit neatly into a box. This thriller breaks out of the genre, containing elements of romance and psychological crime fiction. Time and place are also important to the story. Set in 1987, it's a work of historical fiction and much of the action is connected to real political events of the time. It also relies on its setting for meaning. The Nevada desert and the casino world are central to story.

The heroine Lisa McLean also doesn't fit neatly into a box. She's a feminist cocktail waitress, an educated young woman who moves from her home in Vancouver, Canada to take a summer job at a big casino in Reno, Nevada, in order to be with her boyfriend, Steve.

Death Throws is based on my experiences working as a cocktail waitress at a Reno casino in 1987. The year 1987 was significant for Nevada's gaming industry. It was the year before the Indian Gaming Regulatory Act was passed, which allowing casino gambling to spread outside of Nevada and New Jersey onto tribal lands, creating competition for the tradition centers of big money gaming. The novel thus meshes this historical story of Nevada politics and the gaming industry with the personal narrative of a young woman's loss of innocence.