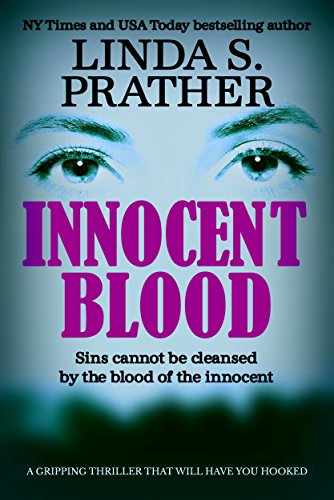 Book: Innocent Blood - a gripping thriller that will have you hooked (Redmond Investigations Book 2) by Linda S. Prather

about this book: Occasionally every author creates a character that simply won't go away. Loki Redmond and Jake Savior were originally characters in the Jenna James Legal Thriller series, but both were so memorable that I decided to do a spin-off series called Redmond Investigations. This was Loki's firm before Jake joined her.

Innocent Blood is the second in the Loki Redmond/Jake Savior series. This book is my favorite so far. My grandfather was a full-blooded Native American, and my mother half Native American. Prior to my marriage and children I studied Shamanism and developed a true love for nature. Studying the Choctaw history, customs, myths and religions was fascinating. Taking the facts I learned and weaving them into Loki's story and her investigation into the disappearance of two hunters on the reservation was an emotional roller coaster for me. I found myself crying quite often.

Book one, The Forgotten, gives you a little of Loki's background, as well as the developing relationship between Loki and Jake. Book 2 takes Loki back to the reservation to find two missing hunters and put an end to the scare of an ancient myth, Nalusa Falaya.

Jake in the meantime is investigating the shootings by Choctaw police officers which so far has left six fellow officers dead.

Are the cases connected? They only thing they know for sure is innocent blood has been shed, and unless they find the source more will be shed in the days to come.