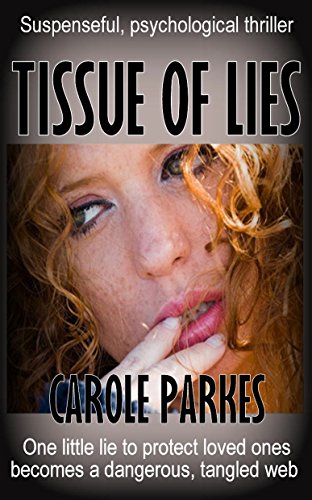 about this book: I wrote my first story many years ago when my little boy, envious of his friends' bikes, wanted one for Christmas. At that time, it was out of the question for us to give him one.

Looking at the box of knitted toys his grandmother always made for him, I devised a story whereby one of these colourful toys had a specific magic power. In the story, the previously ridiculed knitted toy became more favourable to his friends than the bikes they already owned and, ultimately, they all wanted what the boy in the story had.

I ended up writing a whole series of stories about each one of his knitted toys. I've never published those, but started writing regularly then. Incidentally, he did get his bike the following year. Since then I've written several short stories, many factual family history articles, my autobiography, and my novel 'Tissue of Lies' which I self published.

'Tissue of Lies' was inspired by an article I read in a magazine. The story was about an older couple whose baby girl had been stolen many years ago. After searching for many years, this heartbroken couple were having one final, last-ditch attempt to trace their daughter. The magazine displayed present day pictures of the couple and also images from when they were younger, at the time their child went missing. The uncanny thing was, the younger woman in the photograph bore an undeniable resemblance to me.

This story made me doubt my roots for some moments before I was absolutely sure I wasn't their missing daughter. However, having an overly fertile mind, I imagined several possible scenarios involving this couple and 'Tissue of lies' was born. This is so much more than a story of deception, betrayal, greed, and grave danger.

As one reviewer says "...likeable and believable characters anyone can relate to. However, they are developed in such a subtle manner the twists and turns will catch even the most well-read thriller/drama/mystery fan off guard.