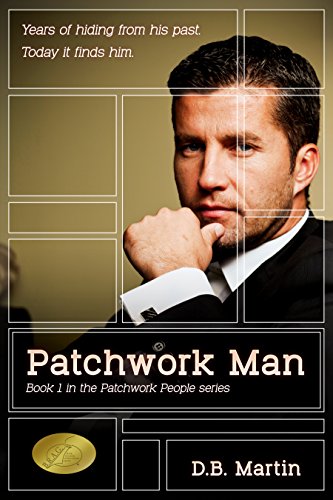 about this book: The most recent winner of an Indie B.R.A.G. Medallion, Patchwork Man is the first in the Patchwork suspense trilogy.

Patchwork Man tells the story of top English barrister, Lawrence Juste, and how his life unravels when his wife is killed in a hit and run accident, but not before she's left him a blackmail letter. The reason? Lawrence isn't quite who he says he is – in fact his past is murky, to say the least; not exactly what you'd expect of a man of the courts. The letter is only the start of his problems. They gradually escalate to encompass incest, betrayal and murder, and an adversary determined to make him fall as far as a man can – maybe even into his own grave…

Originally the book was going to be a stand-alone novel, but Lawrence just had too much story to tell so it developed into a trilogy as the story developed. However, I always knew I wanted the first book to be called Patchwork Man because that's exactly what Lawrence is – a ragbag of the past and the present, good and bad; cobbled together to create a whole. It was the idea of having a past so bad he would never want it uncovered that first prompted me to write the trilogy – and then what would be in that past.

The hardest part of writing Patchwork Man was keeping track of all the characters and how they fitted into Lawrence's past and present. To research it I spent a lot of time initially finding out about children's homes in the 1950's, and then how the due process of law would apply. I was both gratified and disturbed when someone who'd actually worked in a children's home at the time approached me after the book was published to say that what I'd written was very true to life. I was also immensely lucky to have the legal details scrutinised by an English High Court Judge. I won't say who, but he has a very glamorous family pedigree!

I so enjoyed writing a trilogy – and learnt so much about where to break and when to restart the story across the three books, that I'll definitely write another. And being awarded the Indie B.R.A.G. Medallion was absolutely wonderful. The trilogy is now complete with the second book, Patchwork People, already available, and the explosive conclusion, Patchwork Pieces, available from 13th April 2015.