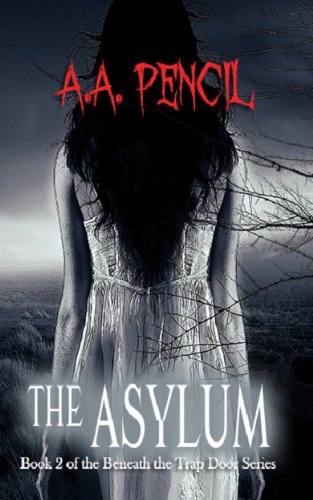 Book: The Asylum - Book 2 of the Beneath the Trap Door Series by A. A. Pencil

about this book: The Asylum is the second book of the Beneath the Trap Door Series, a collection of thrilling, psychological suspense stories with twists. In this book, a woman in her twenties is scheduled to be executed for her crimes but wakes up in an asylum. Furious that she had finally accepted her fate of death, Melissa Andrews vows to manipulate those around her in order to escape the asylum and perhaps get her life back. As she uses the tricks up her sleeves, however, she realizes that the asylum is full of secrets and that she may be at the center of some devious plots. An intrusive psychiatrist, a vindictive nurse, a pair of shady interns and insane patients add to the difficulty of her journey. Every piece of information obtained and every step forward is often trailed by a setback. Will she uncover the secrets of the asylum and make her way out or is she truly insane and in her rightful home?