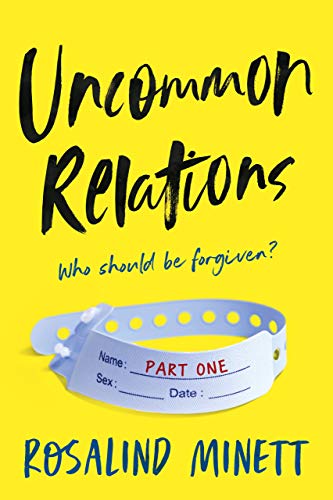 about this book: A two-part psychological mystery.

Beware what you wish for! Terry, 28, dubbed "Yesterday's Man" by his best mate, Leon, secretly desires a more exciting life than marriage or job provide. Then, on his daily commute, an amazing encounter with a doppel-ganger changes his life forever. He charges home with his thrilling find but troubled wife, Gudrun, is working late, leaving him the chore of moving her messy sculpture. It's not just this or her social work duties that preoccupy her. She's blocking discussion of his news. In frustration, Terry secretly tracks his identity, but opens a Pandora's box releasing unruly forces which he cannot control, even some within himself.

Should he disclose his finds to his upwardly mobile double? And to Gudrun? But she is she hiding something from him, but why?

A complex cast of characters inhabit this psychological domestic drama leading to some excruciating dilemmas for Part Two, Uncommon Relations: What should be forgotten.

If you loved Girl on a Train, this is for you.