about this book: I was influenced by the Catskill Mountains in Upstate New York. It's certainly easy to feel you're caught up in a mystery under a blanket of stars in the mountains and just maybe...just maybe there's a whole universe you can't see but in the silence of the night you feel something profoundly unsettling.

Pharaoh's Star has just recently been published and I've got some nice reviews but I really like one in particular from Kevin Peter who commented "Pharaoh’s Star has a skilfully written story that is dark and powerful and filled with wonderful imagery about the environment in which it’s set. At the same time it also has an emotional depth to it accentuated by the fine writing centered on Nick’s and Jenna’s relationship."

Basically, my premise is that the ambiguity of a man is sometimes better left ambiguous but the story doesn't end there. There's a sequel, that's where the truth be told. I think while I was writing the book I realized that every tale of abduction that proposes to be non-fiction has the shadowy element of being nebulous and somewhat absurd, but still has that element of truth.

Other books by Vera Jane Cook 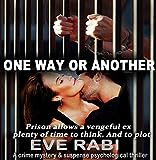