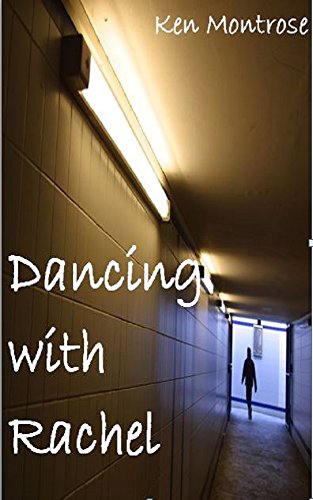 about this book: Sometimes even the voices are hungover.

Dancing with Rachel tells the story of David, a young man struggling with schizophrenia and alcoholism. Much of the story takes place on St. Joseph's Psychiatric Inpatient Unit, which David describes as 'Pittsburgh's answer to Bedlam.' While he's on the unit, a fellow inpatient is murdered and David's ex-girlfriend is raped.

David's therapist isn't in much better shape. Taylor's wife lies in a coma. As the stress mounts, he fears sinking into depression. He spends much of his time traversing a tunnel between St. Joe's and his wife's hospital across the street. The slight chill of the tunnel sometimes freezes Taylor in his tracks.

Machines Taylor cannot trust keep his wife alive. He worries that not trusting these machines is part of his own psychological decline.

The characters surrounding David include his close friends Kai, who really doesn't belong in St. Joseph's, and Marc, an entrepreneur who refuses to accept he's bi-polar.

The people running St. Joe's struggle with their own issues. The Chief Administrator Doc Rainey carries on an affair with a patient's mother who is the wife of a close friend. Felicia gets the job Taylor wanted as Senior Clinician. She tries desparately to do the right thing, but butts heads with Rainey. Jesse, who is in charge of security, and Taylor are often dumbfounded by the influence BiMM, Kai's dad and a "Born Middle Manager', weilds at St. Joe's.

Sound depressing? The ending isn't completely happy, but it is happier:

My belly rumbled. Terror. Choked on his own vomit -- didn't somebody famous die that way? Lost. A man was dead. They made his suicide look like an accident. An insane man was judged sane enough to be put to death. He was happy about it. When I shut my eyes, the devils reappeared.

"But Kai got out," a rare friendly voice said. It made me smile. I even giggled a little. The nurse muttered "inappropriate affect" and wrote something on a clipboard.

"Dr. Stephenson home with his young wife?" I asked. She dropped the clipboard. I'm going to be here awhile.

"He's never leaving," a voice said.
Still, Kai got out.

Sometimes people you thought could never recover, do.

Other books by Ken Montrose (more)