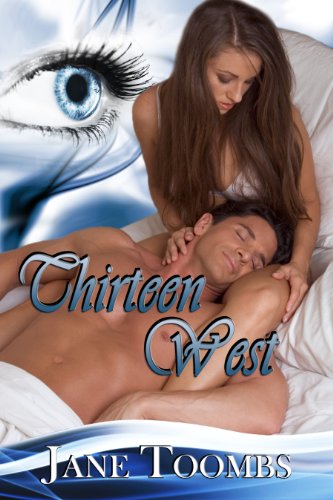 about this book: Thirteen West is a fiction book about a state psychiatric hospital, some of the patients therein and those who work with these patients. It's also about trying to right old wrongs, about searching for love and the calamities that sometimes ensue. It's about bad people and good people, twisted people and those in between. It's about learning who you are.

I wrote the book because I was haunted by what I saw as a student nurse when I worked at a state hospital some years ago. No, not a catharsis, but as a way of trying to understand what would motivate the various characters in the book, none of whom are based on real people.

I have no idea who the primary readers of this book will be since it's mainstream, rather than fitting neatly into any category. Within the book is horror, elements of a thriller, suspense, and elements of love.

I've been writing it for years. After I finished it, I realized it wasn't right. But it took me a few more years to understand what I had to do make it work. The cover is perfect for the final story because the eye sees all--the now and the past. The title? Most hospitals avoid having a thirteenth unit of any kind, but I felt it was perfect for this book. And west because that's where the action takes place.

As an RN, I worked in various hospitals for a good part of my life--that's mostly where the research came from.

For my readers: Yes, I know I mostly write paranormal suspense romance, but this book isn't that genre. I do write historical romance as well, and this book does go back in time, but not really into any historical period. This is simply a book I felt I had to write. This made it much harder, and I don't think I'll do it again.