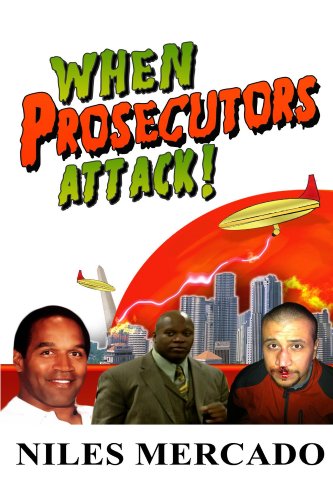 about this book: I was one of the few white people back in the 90's that actually followed the OJ Simpson trial and was (and am still) convinced of his innocence. Most people simply consumed the nightly news coverage (and Jay Lenno's comedy routines) and unlike me wasn't priviledged to watch every minute of the trial. Now that the George Zimmerman case has been consistently making headlines for months the media legal circus has been resurrected. On the one hand I am convinced that George Zimmerman acted in self-defense but some (possibly well meaning) conservative commentators took it a little too far and tried to say that he would not have been prosecuted if the races were reversed. Not only OJ Simpson, but the much more similar case of Roderick Scott prove that the state can turn on anyone regardless of race.