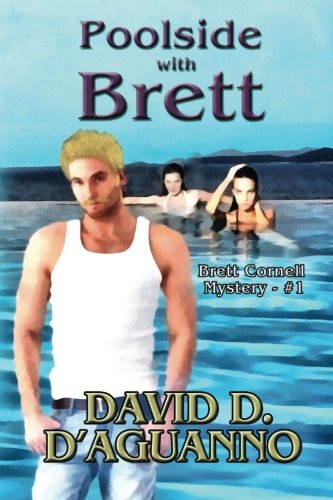 about this book: This book is the first in a series of comedy-mysteries (Brett Cornell Series) featuring a tough private detective whose major claim to fame seems to be that he is regarded (mainly by himself) as a supreme unscrupulous bastard.

In this first book in the series, Brett is pretty wild, impulsive, and untamed. He's caustic, verbally abusive, conceited -- and at the same time, funny in a kind of over-the-top, campy kind of way.

My main objective in writing this book -- and indeed in writing the whole series -- is merely to entertain. Naturally, in depicting my main character in such a negative light, I've provided myself with the daunting task of somehow attempting to make him somewhat sympathetic in the sense that he's pretty much of a loner, often feels emotionally isolated, and hasn't a single friend in the whole world -- a situation that he has largely brought about on his own, perhaps, but one which I hope my readers can sympathize with, even to a very slight extent.

On the other hand, since many of the characters he deals with in this novel are particularly unsavory, Brett himself actually, by comparison, doesn't come off as the anti-hero he may at first seem to be.