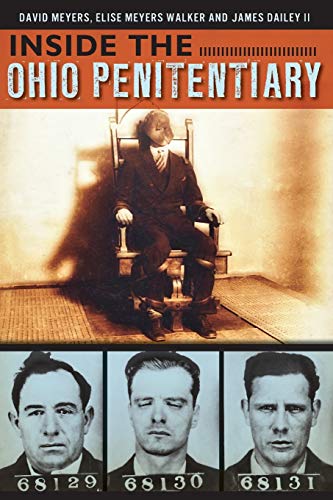 about this book: "Inside the Ohio Penitentiary" is just that: a collection of true stories about life inside the legendary prison. For the most part, they are not happy or inspiring or educational. Nobody wants to read those. (Seriously, go to any library; true crime is where the action is.) Rather, it's about the men, and occasional woman, who didn't get with the program but continued to find trouble to get into, even after being locked away. The focus is on what they did behind the walls rather than how they got there (although there is some of that, too): the executions and the escapes, the riots and the fires, the rumors and the madness. Sartre could have been thinking of the Ohio Penitentiary when he wrote: "Hell is other people." He wasn't of course, but few would argue it didn't apply.

In this book, we have attempted to convey an idea of what life was like within the storied walls of the Ohio Penitentiary by highlighting some of the more sensational incidents that took place there. What we do not want to lose sight of, however, is that not everyone was an irredeemable rogue. Most of those who entered it left again, never to return. Many went on to assume a place in society as husbands and fathers, citizens and breadwinners, neighbors and friends. In fact, it wouldn't be at all surprising if you knew one. We do.