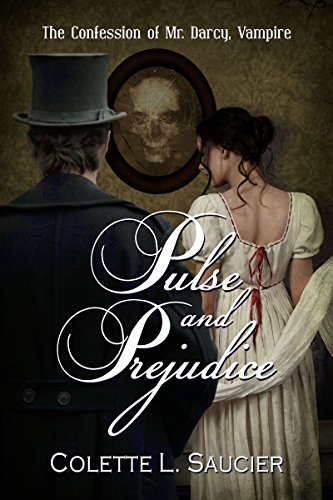 about this book: For two hundred years, 'Pride and Prejudice' has reigned as one of the most beloved novels in the English language. Jane Austen enlightens and entertains the reader with both her social satire and the love story between Miss Elizabeth Bennet and Mr. Darcy; however, she provides little insight into our elusive and enigmatic hero. He appears on a scant few pages and yet seizes the imagination and the heart of many a reader left to wonder about the man who disappears for chapters and months at a time.

Several authors have written their versions of the events of 'Pride and Prejudice' from the perspective of Mr. Darcy; but through multiple readings of Miss Austen's novel, I had come to see him as a Byronic hero – intelligent, arrogant, introspective, and cynical. Upon discovering that, in his novella 'The Vampyre,' John Polidori had created the image of the "gentleman" vampire with Lord Byron in mind, I began to see how well Miss Austen's Darcy lent itself to a vampire characterization. Hence, I wrote 'Pulse and Prejudice' through the eyes of Mr. Darcy as if Jane Austen herself had conceived the character as a vampire.

To create a story that appeals to lovers of Austen, vampires, or Regency romances, I spent fifteen months traveling to Europe, researching Regency England, and delving into vampire lore for that time. The first draft of the novel itself took nine months to complete, as I painfully ensured complete historical accuracy and remained faithful to Miss Austen's style, avoiding anachronisms as well as any words not in use in 1814. I endeavoured to write 'Pulse and Prejudice' as if Miss Austen herself had written the story of Darcy as vampire. As one skeptical reviewer stated, "Within only the first chapter, I found myself strangely drawn to the story. The vampire Darcy weaves his spell quickly."

The few details Miss Austen provided allowed me to remain true to the original Darcy while expanding on his core characteristics to reveal him as a vampire. This also adds another level of complexity to the attraction he feels for Miss Bennet, which he struggles to suppress and to deny. As in Miss Austen's classic, Darcy's vanity and arrogance play a role in keeping our lovers apart; but Darcy as vampire faces further challenges in fighting his deepest desires. Frequently in Austen's narrative, the reader hears of Elizabeth's liveliness and how it garners Darcy's attention. For vampire Darcy, it also triggers his hunger for her very lifeblood as well as a craving for life itself, which for him no longer exists.

Other vampire variations inspired by 'Pride and Prejudice' exist, but none told the story through the eyes of Mr. Darcy as vampire. Although 'Pulse and Prejudice' is not a "mash-up," it adheres to the original plot and style of the classic romance; but where Miss Austen told us Elizabeth's story, this novel unravels primarily from Darcy's point of view and follows him to London after he leaves Elizabeth in Hertfordshire. As their paths continue to cross, vampire Darcy encounters Austen's Elizabeth until, eventually, she discovers his dark secret and steps outside of the original narrative and into the realm of passion and the paranormal.

• "What would Jane Austen have thought? I think she would have loved this book. She might even have written it herself had she lived in a less constrained age." — Books Are Cool

• "Darcy's demise and subsequent 'rebirth' are written to perfection. It has renewed my faith in the sub-genre." — Reflections of a Book Addict

• "I cannot express enough how skeptical I was upon starting this book. Pride and Prejudice with a touch of vampires was enough to send me into fits of eye rolls. But, within only the first chapter, I found myself strangely drawn to the story. The vampire Darcy weaves his spell quickly." — Austenprose

• "This was a really wonderful version of Pride and Prejudice! It was perfectly done. Her way of turning this story into Darcy being a vampire was done with such finesse. Jane Austen herself would have been very diverted reading it." — Richard Green

• "I recommend this book whole heartedly. This is a good re-telling, gripping and entertaining without being outrageous." — Austen Prequels and Sequels