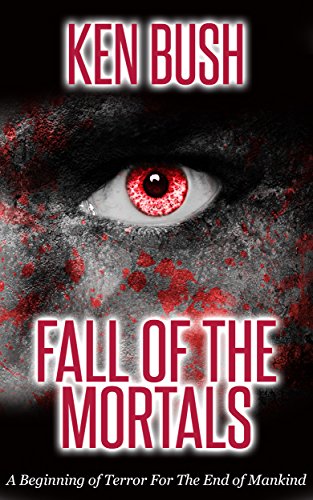 Book: Fall of the Mortals - A beginning of terror for the end of mankind by Ken Bush

As conflict with a gang of bikers escalates to violence, Shaun is slowly seduced by a vampire disguised as his dead wife, who is mercilessly trying to gain access to the tower and the final survivors. Shaun wakes from his loving daze too late, and finds himself stuck between vampire and human, exiled from his tower of safety, and thrust into the dangerous night.

Will Shaun find a way to redeem himself in the eyes of humanity? Or will he, too, be killed by the darkness reigning over Los Angeles? Check out this action packed thriller! Readers have called this tale a "gripping look at what post-apocalyptic society might be like" – and said, "I couldn't put it down!"