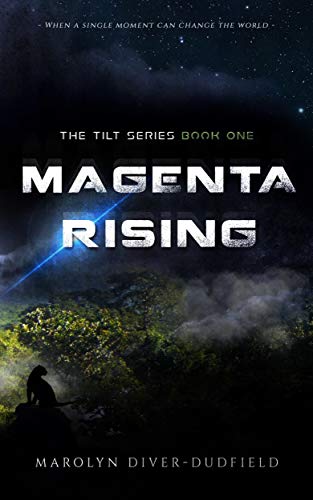 about this book: Set in a UV drenched post apocalyptic New Zealand, Magenta Rising is part one of the epic tale of self awareness, courage and finding ones true identity amongst the crowd.

Due to the small amount of survivors after a catastrophic earth changing disaster the world genetic codes is in crisis. In order to keep it pure scientists produce male and female clones to do the dangerous day to day jobs of the colony of Sinai. The story revolves around two of these identical clones called Clara.

When one of the Claras' has a life changing moment, she, along with another Clara, see just how far the colony will got to keep the earth's genetic code pure.

"The Tilt Series" is one large novel split in two. Magenta Rising and Sinai's Descent. There is also a novella prequel called "SoLar" which is a standalone and it tells the back story of the original Clara and Joseph 330 years before the novels, and 20 years after the "Tilt" which destroyed the world.