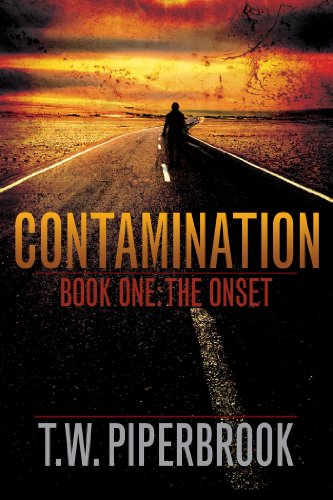 about this book: The idea for this story struck me when I saw a news story on a little town called Buford, Wyoming, located off I-80 in the Northwest. According to the article, the town had a population of one, and the sole resident was now auctioning it off to the highest bidder. Intrigued, I read on.

Apparently, the town contained a gas station, a post office and several other buildings, which qualified it as a legitimate entity. However, Don Sammons, (or the "Mayor of Buford" as he dubbed himself) was the only legal resident. He was now selling the entire town in a live auction. The article sent my imagination running wild.

What would it be like to own your own town? Would it be lonely or liberating? I still remember pondering these questions over a sandwich on my lunch break. My thoughts continued. What if you were the only resident of a town, and something terrible were to happen to the world around you?

Probably my favorite scene in the Dawn of the Dead remake is when Ana escapes out the bathroom window and the entire neighborhood has broken into chaos. In the first part of the Contamination series, I decided to take it in the other direction. What if you were in Buford, WY when the apocalypse hit? What would that look like?

Contamination 1: The Onset was just released on October 22, 2012 on Amazon.com. Thank you for taking the time to read this, and please check out the novella if you are interested!