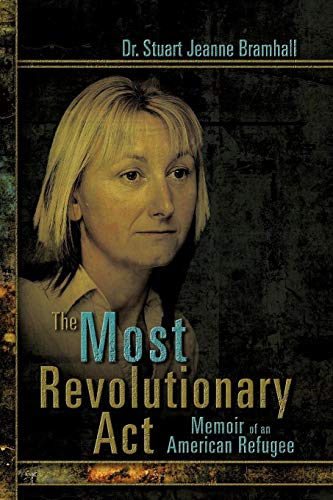 Book: The Most Revolutionary Act - Memoir of an American Refugee by Dr. Stuart Jeanne Bramhall

about this book: The Most Revolutionary Act is about a 54 year old psychiatrist and political activist who, after 15 years of government harassment, closes her 25-year Seattle practice to begin a new life in New Zealand.

I made the decision to write the memoir after my investigation into the source of this harassment revealed that US intelligence is involved in some really horrifying criminal activities, including illegal narcotics trafficking, money laundering and covert assassinations of foreign leaders and major US political figures. It's my hope that readers will be as outraged as I was, that their outrage will motivate them to demand genuine reform of their government institutions.

The primary readers of my book will be educated Americans who have some knowledge of history and who endeavor to keep up with world events. The title is drawn from a quote by Rosa Luxemburg, an early 20th century activist: "The most revolutionary act is a clear view of the world as it really is."

The hardest part of writing this book was writing about real people I worked with politically in Seattle in the 1980s and 1990s. I had to strike a balance between an accurate description of what people said and did and not offending anyone. I had a lot of help from a structural editor and a writing coach in completing my memoir. The invaluable help they gave me in making my story flow and replacing dialogue with action gave me the courage to take on a young adult novel.

The message I want to give my readers is "Wake up! Our government has been taken over by shadowy power brokers, and it's time to take it back."