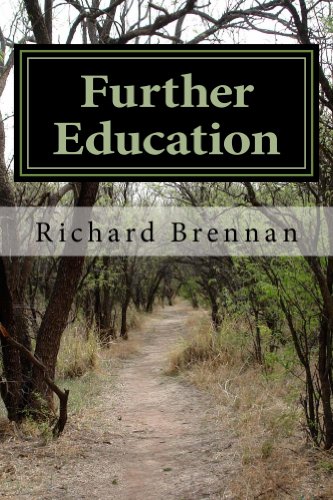 about this book: Further Education is about two working class students and their battle with more dogmatic middle class students at a fictional university on the south coast of England.

They try to stop a group of students inviting an extremist academic to speak at the university, as they are concerned he will stir up antisemitism.

I was inspired to write the book both by my experiences at undergraduate and postgraduate level and my disappointment with the left. Some of my beliefs could be classified as left-wing but while at university I grew disillusioned with many people on the left, who seemed to sign up to a wide range of beliefs that they regarded as dogma.

However, all events and characters are entirely fictional and no resemblance to anyone is intended

It took me a year or so to write the book. The hardest part was finding the time and motivation. A creative writing group helped encourage me.

The primary readers are politically aware people who are fed up of traditional left-right dogma, and who have progressive beliefs.