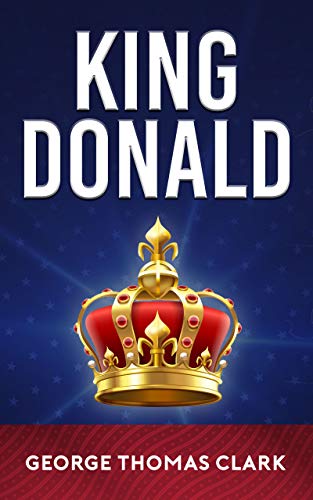 about this book: Stunned by Donald Trump's aggressive announcement of his candidacy for president, in June 2015, I at once began writing satirical and fictionalized pieces about him and other candidates such as Ted Cruz, Marco Rubio, and Jeb Bush. Hillary Clinton and Bernie Sanders also began to appear. And the contemporary candidates are supplemented by the analyses of such political luminaries as Abraham Lincoln and Franklin Roosevelt. "King Donald" accurately and humorously portrays one of the wildest campaigns in U.S. history, and one that seems out of place today. Candidates, especially Trump, insult each other, and threaten military action against a variety of foreign nations, and try to out-tough each other on issues such as immigration, crime, and business. The presidential aspirants do provide much material for writers and those seeking entertainment, but they worry thoughtful observers who wonder how the next president will actually perform in office. We'll soon find out in the White House of Donald J. Trump or, as he sees himself, "King Donald."