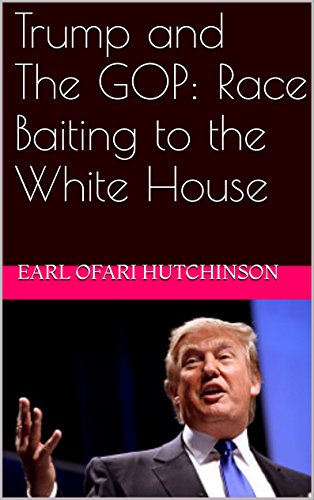 Book: Trump and The GOP - Race Baiting to the White House by Earl Ofari Hutchinson

about this book: Donald Trump has swan in the mainstream of the GOP's more than six decade long sordid history of well-calibrated, cynical, and always calculating covert and overt race-baiting. Trump's embarrassing and crude race baiting was simply a logical extension of what the GOP presidential candidates had turned into a fine art with stylistic variances and tweaking. This enabled Presidents Nixon, Reagan, Bush Sr., and George W. Bush to capture the White House, and legions of GOP state and local officials to win election.

The book then is a call for Americans to see the corrosive and dangerous consequence of race baiting especially in a volatile and crucial political year.