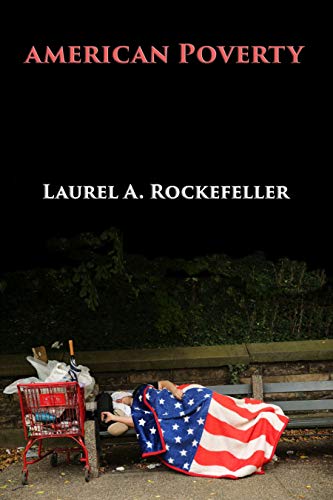 Book: American Poverty - Why America's Treatment of the Poor Undermines its Authority as a World Power (American Stories Book 2) by Laurel A. Rockefeller

about this book: How does the United States compare against its closest allies when it comes to poverty? Is the wealth disparity an impossible problem condemning the 99% into lives of misery? What can I do to make things better for myself, my family, and those I love?

These and many other questions are explored in "American Poverty: Why America's Treatment of the Poor Undermines its Authority as a World Power" by historian Laurel A. Rockefeller.

Using insightful analysis worthy of her name, Ms. Rockefeller takes a careful look at the real face of poverty in America, offering solutions that each of us can implement every day before looking at the larger, global situation. American poverty is not simply a domestic problem; it is a foreign policy problem making Americans everywhere -- rich, middle class, and poor -- less safe in a time of increasing chaos, violence, and fear.