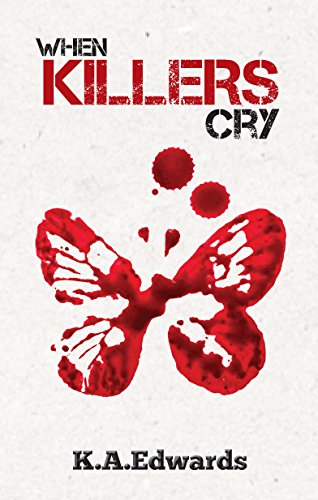 about this book: I grew up during Apartheid in South Africa, and it left a lasting impression on me. Years later, as the truth about what went on began to emerge, I was filled with shame and guilt that I'd not known what was happening, that there were death squads roaming the land and the terrors that were being inflicted by the government. I was only a child, not complicit and yet I carried this guilt with me for a long time.

I researched the time and drawing on my own memories and experiences, the things I witnessed with my own eyes and the subsequent changes that happened there, I decided to write a book.

When Killers Cry is based in fact, but entirely fiction as it follows Hannah Smith, a journalist, as she begins investigating the deaths of activists and dissidents. Befriending Tom Maartens, a policeman, Hannah is drawn into a taangled web of state sanctioned murder and intrigue and puts her life and those of Tom and his son Jack, in danger. Can she expose all she learns and will anyone believe her?

• 'This is a fast-paced, action packed thriller set in the uncertain times of pre-liberation South Africa. The feeling of not knowing who to trust pervades the storyline and wondering how it was all going to end kept me reading to the very end.' — Bookworm

• 'As a young adult growing up in the era that the book is set in, I found it a riveting and well written story that was very easy to relate to. For those outside South Africa who never experienced that tumultuous time first hand it will help to understand the psyche of protagonists on both sides, and the many innocents caught inbetween' — Gary Van Eck

• '"When Killers Cry" by Katherine Edwards is a fascinating read for this reader who knew only a few minor basics about apartheid-times South Africa ... While the detective story uncovers some surprises and big danger the author relays a lot of interesting information and insights into the time (not least in a very interesting afterword).' — Christoph Fischer