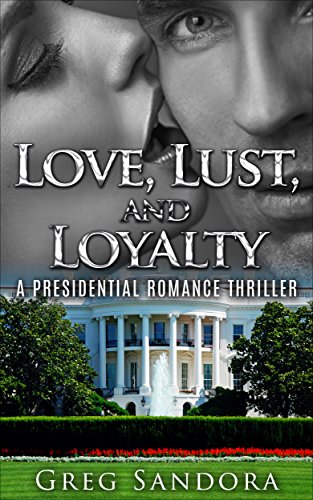 Book: Love, Lust, and Loyalty: Women of the White House by Greg Sandora

about this book: Jack Canon's Women of the House is the Sexy, Romantic Sequel to Jack Canon's American Destiny. This book is an attempt to explore the sexuality and relationships of the rich and powerful. There is unimaginable wealth, and corruption beyond the wildest imagination. The Women of the House explores in much greater depth the sensuality of the five women closest to the President. My five second elevator pitch is think: The Wedding of the Decade meets the Crime of the Century.

The story starts out with Jack Canon and his best friend and gorgeous assistant, Sandy, having their usual morning coffee. In the opening scenes we are brought into the private lives of the President and First Lady. Jack explains to Sandy the reason he couldn't text her as usual the night before. The First Lady asked Jack to accompany her on a late night hair appointment, her long hair has become the topic of conversation in the press. She decides on an extremely short cut and wants Jack along for moral support. Jack loves his wife and supports her decision.

There are strong romantic scenes and the story delves into the relationship the President has with the Women of the House. The reader is taken on a journey thwarting International Terrorism, and Greed on a level never seen before. There is sexuality, sensuality, and romance along with murder and mayhem.

Video: Jack Canon's Women of the House by Gregory Sandora