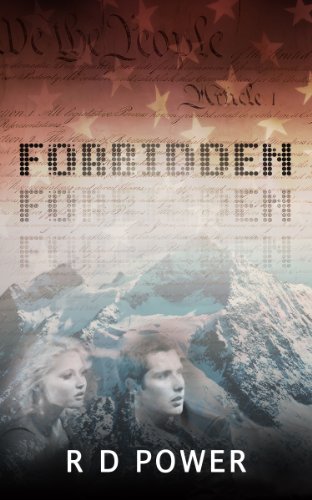 about this book: I'm a Canadian and live in Canada, but I grew up in the United States. I've always respected the USA, but started to worry about the country in the aftermath of 9-11. Of course the country had every reason to avenge the attacks, but the lengths it went to seemed misbegotten. This not only goes for the lies that were used as a pretext to attack Iraq, but the laws passed at home to augment national security. The country was systematically sacrificing its vaunted freedom in the name of national security. This began with the Patriot Act and continues today with the NSA spying scandal. Why did the world's greatest nation scare so easily? I didn't understand it and still don't.

"Forbidden" considers these issues through an exploration of how easy it is to label an American citizen a terrorist and what can happen as a result. Kyle Summers is a naïve genius. In the world of quantum mechanics he has no equal. In the real world he is gullible and vulnerable. He invents the most advanced computer the world has ever seen – a quantum computer – and expects it will garner him fame, fortune and the hand of the woman he loves. Instead it leads to infamy, ruin and betrayal by the woman he loves.

The government, fearful of the power of the machine in the hands of enemy states or terrorists and its probable deleterious impact on the multi-billion dollar domestic digital computer industry, outlaws his quantum computer until its potential effects can be better understood and controlled. Outraged and desperate to avoid looming bankruptcy and the loss of everything he worked so long for, Kyle defies the edict and sells two computers. A few days later, top secret computer files in the CIA and DEA, files thought to be impervious to hacking, are breached; it has to be the quantum computer.

This leads to an FBI investigation and ultimately charges under the Patriot Act of terrorism against the United States. All assets of his company are seized and he stands trial. As the jury hears how the new technology was used to murder 61 Americans, it can see that the government is trying its best to protect its citizens in an era of unprecedented danger. But as jury members are challenged by the defense to contemplate what was done to this young man in the name of national security, they are forced to question their own complicity in allowing the nation's security establishment to flout the Constitution. It becomes clear that there is a moral crisis facing the country, unsettling matters worthy of its utmost attention.