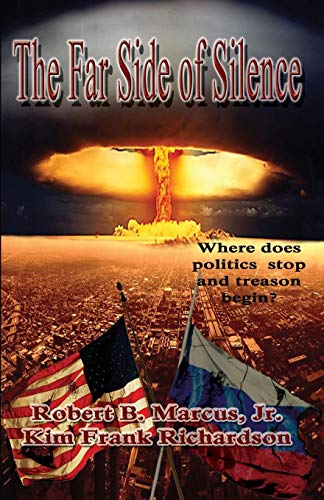 Book: The Far Side of Silence by Robert B Marcus Jr & Kim Frank Richardson

about this book: The hardest part of writing this book was trimming off 150,000 words from the first few drafts. In doing so, we eliminated many scenes and characters that we had grown to love in order to make the book flow better and be more readable. We had developed entire subplots about some of these characters, but now they are gone. One of them was the hero's wife, who, in the early drafts, was murdered by a serial killer. The killer was let off on a technicality, which incensed our hero. I'll leave it to the reader to develop ideas for what happened next, but in the published book he was never married, and she never existed. Eliminating these characters was like killing off friends, and my co-author and I often talk about some of these long-gone characters, and wonder if we might use one of them in future books. But for now, all we can say is goodbye.

Video: The Far Side of Silence by Robert B Marcus Jr & Kim Frank Richardson