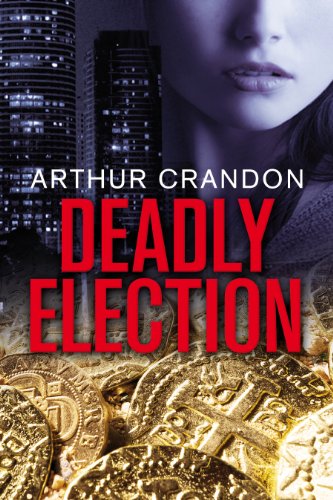 about this book: Deadly Election tells the story of a Presidential Election in the exotic Asian paradise of the Philippines. During my experience of living in these beautiful islands for eight years, I saw firsthand the poverty of most of the people, and the greed, corruption and criminal activities of the super rich, and super powerful ruling families. I hope those who read the book will gain an understanding of the Philippines, as well as enjoying a gripping, fast paced thriller.

My hope for the Philippines is that one day they will find a way to give its people a better and more equal way of life, and provide them with the security of real law, order and justice. The ordinary people are long-suffering and generally kind and compassionate – they deserve better.

The Characters are based loosely on the people I encountered in my time there – both good, bad, and very bad! Anyone who has lived or visited the islands may well recognize the places – and the historical references are accurate.

Pilippinos may especially relate to the book, they will certainly recognize many aspects of their home country, but anyone who enjoys crime thriller novels will enjoy it – it has been described as 'gripping' and 'an excellent and exciting read' in reviews.

Blackmail, murder, prostitution, political corruption—blend well with a lost Japanese treasure and a no-holds-barred run for the Philippine's Presidency and you have Mr. Crandon's Deadly Election.

Mr. Crandon's career as an attorney and resident of the Philippines has given him an inimitable perspective of the political and legal intrigue that fuels the government, seemingly on every level. In Deadly Election, he uses that knowledge and his ability to construct a twisted and brutal plot of one man's obsessive drive to obtain the highest office in the nation.

You'll not find a James Bond, Jason Bourne, or an Arnold Schwarzenegger. There are no heroes in Deadly Election. This is not a story about good versus evil, good cop—bad cop, or right versus wrong. There is no intrepid sleuth or tenacious reporter to blow the cover and foil the plot. Deadly Election is business as usual; Pilipino style. This is a story of multiple characters meeting, mixing, and weaving a complex and unpredicted story in their attempt to fulfill their own lusts and desires. 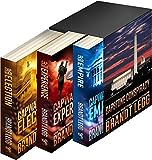