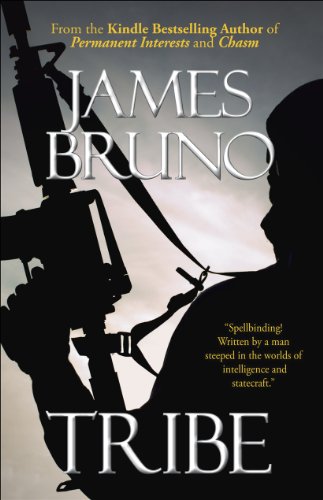 about this book: A secret peace with the Taliban. Complete U.S. troop withdrawal. Secured with a huge Central Asian oil deal. Virtually guaranteeing the re-election of a President. The backers will garner enormous wealth. CIA officer Harry Brennan's moral conscience compels him to get in the way of this plot. In doing so, he faces political enemies at home more dangerous than the terrorists who have kidnapped his daughter, Laurie. And her fate is tied to that of Russian spy Sergei Nemsky's daughter, Anya, in need of treatment for a rare disease. The two adversaries, drawing on their respective spycraft skills, form a secret and risky pact to save their daughters' lives. Harry's career takes off after he falls in love with politically powerful Washington socialite Camilla Loomis. But the resulting tension between his career and commitment to the truth compels Harry to balk and unilaterally take on the powerful men and women behind the pay-for-play scheme. Harry finds himself running for his life from the jihadists in Afghanistan, the Pakistani ISI and Predator drones in Yemen, a target of his own CIA…

AUTHOR'S NOTE: In writing Tribe, I drew on nearly five years of working on Afghanistan at the U.S. State Department. This included time in the field where I dealt with many of the mujahidin who now are Taliban leaders, the legacy of shortsighted Washington policy-making. I also draw from years of dealing with spies, hostile ones as well as our own. Sergei Nemsky is a composite character based on several KGB officers I've known. He is torn by loyalty to his country while trying desperately to save his daughter's life.

Tribe underwent a six-month-long security review by four U.S. national security agencies. Two of these agencies compelled text redactions and other modifications. The security review process is one of negotiation in which I always have the reader's enjoyment at heart. Likewise, you'll find my political thrillers very authentic, which makes them stand out from the pack.

• "TRIBE is basically an exceptional book. It's the kind of book that is so interesting you wish the author had given you more information, more insight, more detail to chew over while the battle rages on. . . a brilliant book that is well-paced and -plotted with many interesting layers." — Readers Favorite.