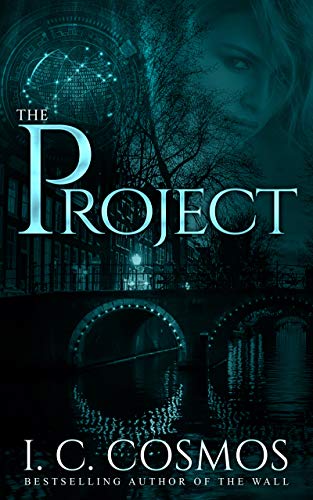 Book: The Project (Collin Frey Book 1) by I. C. Cosmos

about this book: Helen's dream was to teach writing and literature when a tragedy shattered her world. Now a brilliant cybersecurity analyst, she works deep undercover to fight terrorism and discovers a conspiracy so lethal it threatens to destroy the world as we know it. She races around the globe to put an end to it, but time is running out.

Collin Frey watches Helen's every step, unsure whether she is an angel or an assassin. He reaches out to her, but Helen trusts no one. The conspirators are all-powerful and anyone could be under their spell. But there is a set of keys that could stop them. Will Helen and Collin join forces and capture it before it's too late?


What people are saying about The project:

• "I couldn't put it down! Ms. Cosmos expertly weaves characters and storylines in and out of the book, keeping readers hooked and wanting more." Amazon Reviewer

• "An excellent spy thriller with a unique storyline and a cast of well developed characters." Goodreads Reviewer

• "I for one enjoyed the globetrotting plot and some of the local detail thrown in... The author's quick pace of writing makes it easy to jump in and just keep going." Amazon Reviewer

• "...lots of non-stop action and plenty of suspense..." Goodreads Reviewer