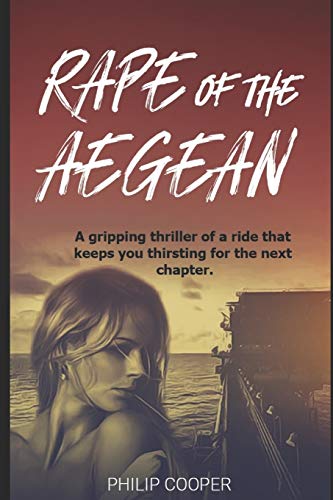 Book: Rape of the Aegean by Philip Cooper

about this book: When Alex Kalfas finds himself blackmailed into accepting a cabinet post and being the mouthpiece of Themis Xenakis the Greek Prime Minister, he has never felt so scared in all his life. But with the help of the beautiful Gitta a CIA operative and MI6, against all odds, he is able to defeat the evil plans of Xenakis and his German and Russian partners from raping the Aegean Sea of its wealth of oil and gas resources.

I have written two non-fiction financial books with some success but have always had the ambition to write a novel. Being half-Greek and having lived in Greece for over twenty years I needed the novel to be set there. The book covers 5 days in 2010 just before the 'Ochi Day' celebrations. 'Ochi Day' is the day the Greeks said 'no' to the Italians at the beginning of WWII and defied Hitler and his allies. Many of the elements in the book are based on historical facts which most readers will not have heard about as they have been known to only a few select people.

Embarking on this project five years ago it seemed a daunting task trying to write and work another job at the same time. But once I had retired and had more time on my hands and despite writing two non-fiction books in between I warmed to the task and now feel pretty pleased with myself for completing a fast-paced enjoyable yarn.