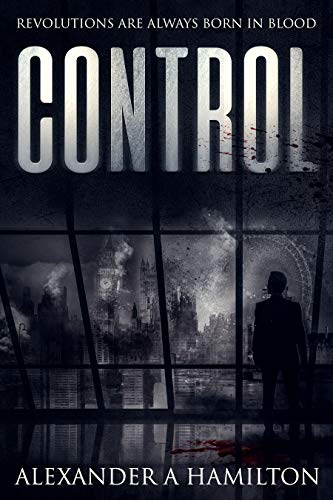 Book: Control by Alexander A Hamilton

about this book: The story is a political thriller about four main characters who inadvertently become involved in a plot that will bring a series of terrorist attacks to the United Kingdom. After being hunted they go after the sinister organisation trying to kill them and learn the truth behind the reign of terror that has hit the country. The story covers many themes around this central plot (i) survival and what ordinary people need to do when their live suddenly change for the worse in the most unexpected fashion; (ii) how childhood experiences can help with this; (iii) how it is possible to establish a process that will weaken the democratic foundations in our society, through fear and insecurity, which is being played out through populist politics in many countries around the world just now.

The book is long, but the story evolves from the characters being hunted, to banding together, to turning the table on their attackers and then going after the person behind it. It is set up for a sequel. It is aimed at those who like contemporary political and action thrillers and would appeal to a general audience above the age of 15. The book is dark and violent but has splashes of humour. There is a lot of depth written into the main characters and readers will get hooked on whether they survive.

It is set in Scotland and the London area.