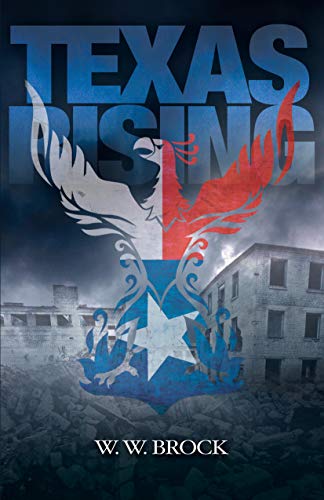 about this book: Late in an election year marked by national turmoil, the President of the United States has declared martial law and suspended the presidential elections in the wake of violent anti-police rallies that are sweeping the nation, rallies that have been largely co-opted by radical leftists. When Texas and several neighboring states refuse to enforce martial law, the President orders the military to intervene, but that order is largely ignored, forcing him to turn to the United Nations for help.

Now under the imminent threat of United Nations' troops setting feet on the haloed ground of Texas, newly appointed Texas Governor Jebediah Atkins signs papers for secession, and puts the Texas Guard on war ready status before being flown to a secret command center deep in the south Texas desert region. Into the middle of the conflict, which promises to be long and bloody, ride twenty old cowboys, led by Captains John Post and Luke Moffett. Tasked with patrolling the sparsely populated regions of southwest Texas on horseback to ferret out any clandestine enemy activity, they are unaware of the consequences of what promised at first to be an assignment to keep them safe.

With fast paced action from cover to cover, "TEXAS RISING" is a book you cannot put down.