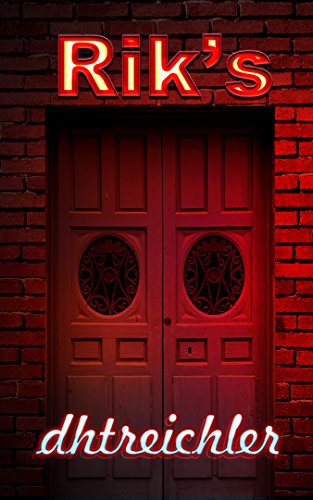 about this book: "The entire affair began with sheep brains and falafel -- Saddam Hussein's favorite dish."

It is 1990 and in Baghdad two lovers are separated by the impending First Gulf War. CIA operative Rik Bogart is desperately seeking television correspondent Ingrid Johannson -- but is instead picked up by Saddam's Secret Police and thrown into Abu Graib -- the Prison of the Dead. Ten years later, he must make a fateful decision after finally reuniting with her -- one that may keep them apart forever. How far would YOU go for your true love?

This heart-pounding thriller is written by a former international defense contractor who brings incredible realism and arresting insights into the days leading up to Saddam's invasion of neighboring Kuwait, and provides a chilling account of life inside the infamous Prison of the Dead.

"It's as much a love story as it is a runaway thriller." Midwest Book Review

• What inspired you to write this book?
The movie Casablanca. I loved the plot, the characters and wanted to translate that story to the recent narrative of world events.

• Who are the primary readers of your book?
Anyone who loves a great love story and seeks an understanding of our recent past as a nation.

• What was the hardest part of writing your book?
Getting the balance of a strong male protagonist who was crazy in love with a strong woman.

• Did you do research for your book?
Extensive. Both on the relationship side to make it authentic and the history of the times.

• Did you learn anything from writing your book and what was it?
I learned mostly what it costs to love someone unconditionally.

• What do you want to say to your readers?
Enjoy!